Skip to Content
Home Cooking Blog Spring in our Apiaries

Edinburgh Honey Co. Leave a Comment on Spring in our Apiaries

The Queen tends to stop laying eggs for a while during the winter (typically during December and January, albeit she can continue to lay eggs throughout the winter in some cases). As the day length become longer in late winter/early spring the Queen will begin to lay eggs and the colony rear new brood. As forage (nectar and pollen) becomes more readily available with early spring flowers, egg laying by the queen will increase sharply. The colony will continue to increase throughout spring and into summer, going from something like 5,000 bees in winter to 40-50,000 bees by mid summer. 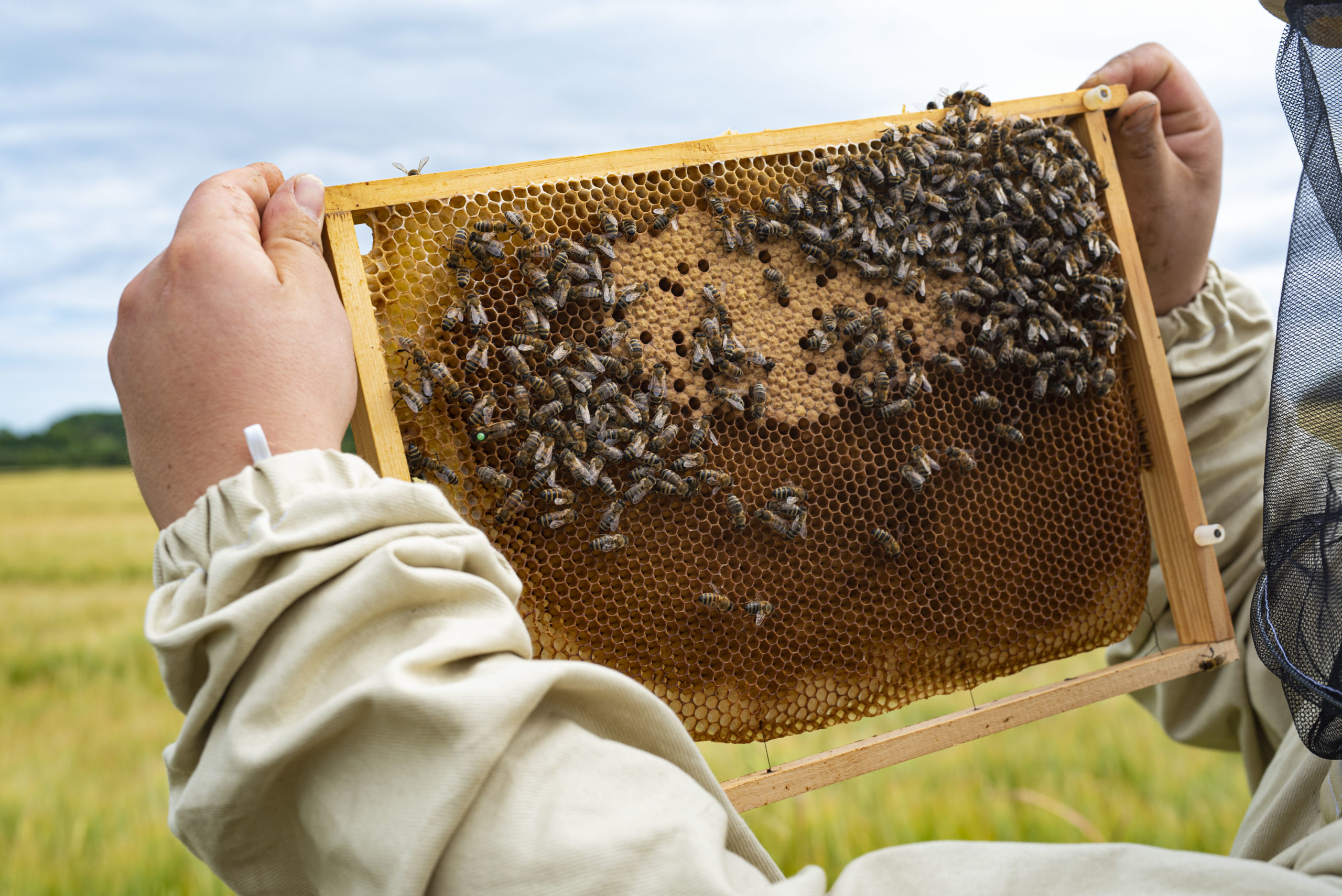 As soon as the weather warms up in early spring the beekeeper should begin inspections. Ideally we should be looking to do this on days that reach at least 15 C and with no significant wind. It is often said “if its too cold to work in a shirt with your sleeves rolled up, then its too cold for inspecting colonies”. In full sun and no wind, it might be suitable for very brief inspections at lower temperatures, but the beekeeper should be careful not to chill the brood as this may kill the brood and set the colony back.

Early inspections should be concerned with looking at the health of the colony. Is there is a laying queen (a consistent pattern of eggs should be seen)? Do the larvae look healthy (pearly white and in a nice “C” shape)? Are there sufficient stores to maintain the colony? The presence of a good, consistent pattern of eggs in the central parts of the frames will indicate the presence of a laying queen. In this case it is not necessary to find the queen however, it is a good time to mark the queen (if required), as the relatively small number of bees makes her easier to find later on.

If no eggs are present then the colony might be “queenless”. In which case the colony will need a new queen or require uniting with a “queenright” colony. If eggs are present, but in a patchy pattern, appearing at irregular places on the combs, there is probably a problem with the queen . She might be infertile and drone laying or unhealthy in some way. In some cases, worker bees may lay drone eggs. Whatever the reason, it is probable that the colony needs re-queening or uniting with another queenright colony. Buying a new queen from a breeder won’t be an option until at least May.

As the season progresses hive inspections will be concerned with maintaining colony health, managing brood levels and swarm management.

Where bees have access to spring crops such as borage and rape seed, significant spring honey harvests can be achieved. For many beekeepers these spring harvests will be their main periods of honey production. Unless the colonies are already in close vicinity to such crops, beekeepers intending to benefit from spring honey will have to plan ahead – seeking out farms where suitable crops are to be grown and seeking permission from land owners to locate hives in suitable positions. 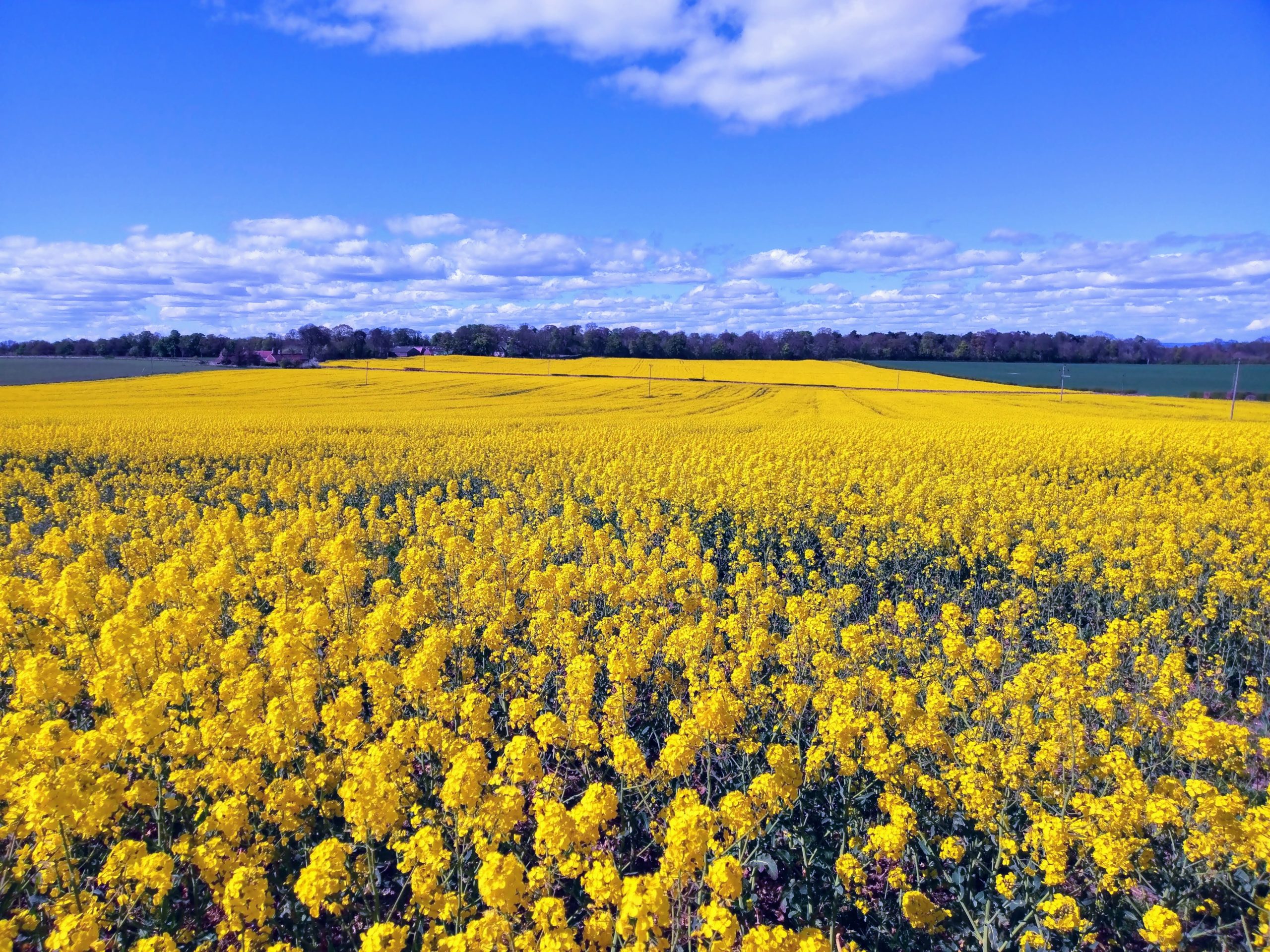 The beekeeper with access to such spring crops will have to plan for an early honey harvest. Rape honey may need to be taken off before it is capped so that extraction can happen straight away. A refractometer will help with establishing whether or not honey is ready to be harvested.